“The world wants disarmament. The world needs disarmament. We have it in our power to help fashion the pattern of future history. […] For if we fail, no one can foretell the evil consequences that might ensue.”

By these words, on 2 February 1932, Arthur Henderson, President of the Conference for the Reduction and Limitation of Armaments, opened the debates at the League of Nations in Geneva. The first disarmament conference of this scale was broadly supported by civil society from all over the world, nurturing the hopes of a public opinion deeply affected by the scars of the First World War.

Read About and see Photos of the Opening Ceremony

The delegates of 64 nations stood at a crossroads: either pursue efforts to maintain peace by collective security and reduction of armaments, as mandated by the 1919 Covenant of the League of Nations, or stand firm on the principle of sovereignty, which could only lead to an arms race.

History shows the tragic consequences of the latter choice, made against a background of economic crisis and the radicalization of political ideologies. However, after the shock of the Second World War, it is on a renewed foundation, within a different context, that the United Nations continues multilateral negotiations.

The exhibition Fashioning Future History, by showing the importance of past experiences under the League of Nations, highlights the perseverance of United Nations Member States in pursuing efforts towards disarmament. 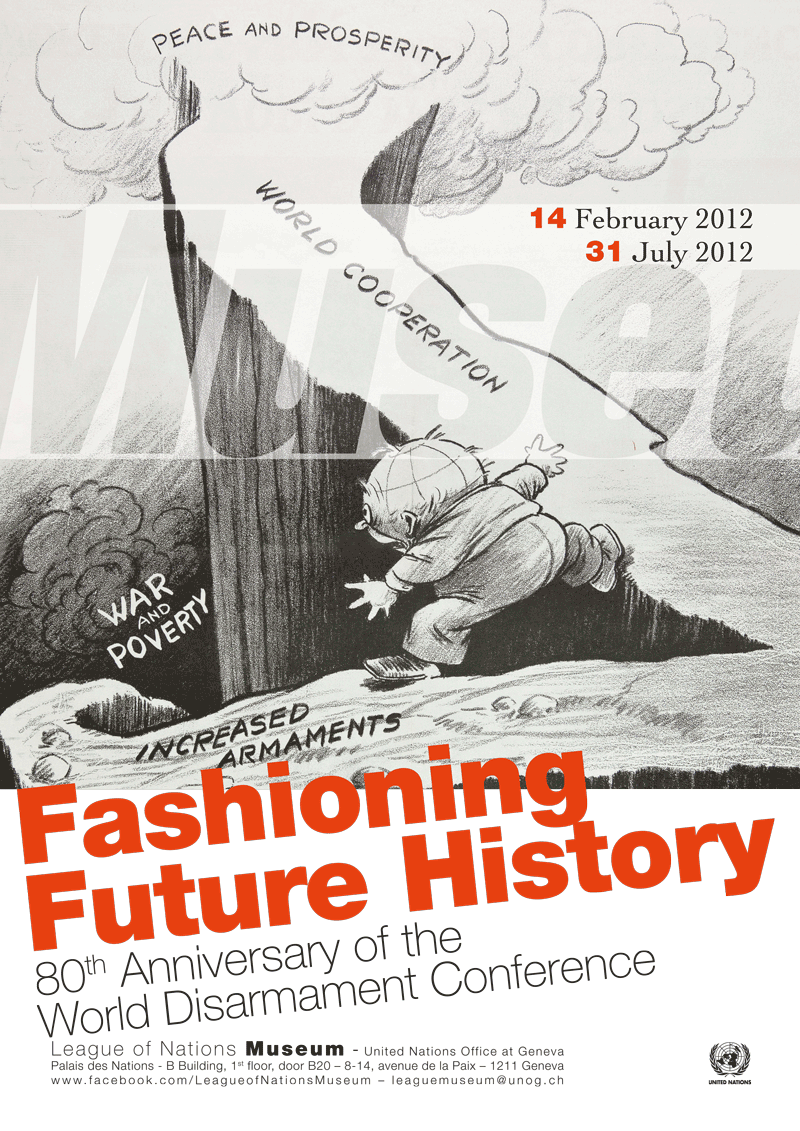