Join the Campaign for Zero Under 18

13 February 2012 — Children are the primary victims of armed conflict. Hundreds of thousands serve as soldiers in armed conflicts around the world. Child soldiers are victims, whose participation in conflict bears serious implications for their physical and emotional well-being. They are commonly subject to abuse and most of them witness death, killing, and sexual violence. Many participate in killings and most suffer serious long-term psychological consequences.

On the occasion of the International Day against the Use of Child Soldiers, let us remember the many children around the world caught in conflict and support the campaign “Zero under 18” which aims at the universal ratification of the Optional Protocol on the Involvement of Children in Armed Conflict. As of today, 144 Member States have ratified this important treaty which prevents innocent girls and boys from being recruited, and there are another 49 to go. 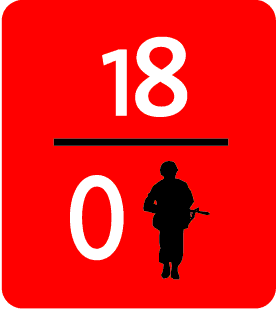