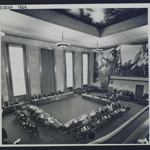 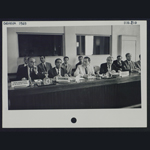 The Biological Weapons Convention entered into force on 26 March 1975. This year therefore marks the 40th anniversary of this landmark Convention, the first to effectively prohibit an entire category of weapons of mass destruction.

This webpage has been created by the BWC Implementation Support Unit as a contribution to commemorating the anniversary of the Convention and to provide background information on the history of the BWC. It will continue to be updated during the course of this year.

On 30 March 2015, a commemorative event will be held in the Council Chamber in the Palais des Nations in Geneva, the same room in which the Committee of the Conference on Disarmament negotiated the BWC from 1969 to 1971. On 12 March 2015, the Chairman of the 2015 BWC Meetings, Ambassador Mazlan Muhammad of Malaysia, invited States Parties, Signatories and States not party, as well as civil society to attend the commemoration. The programme for the event is as follows:

In the afternoon of 30 March, the Centre on Conflict, Development and Peacebuilding (CCDP) of the Graduate Institute of International and Development Studies, the Geneva Centre for Security Policy (GCSP) and the United Nations Institute for Disarmament Research (UNIDIR) will convene an academic seminar to mark the anniversary. The seminar will also take place in the Council Chamber of the Palais des Nations. More information is available here.

At the end of the day, all participants are invited to a Cocktail Reception, hosted by The United Kingdom of Great Britain and Northern Ireland

A brief overview of the birth of the BWC

As a result of prolonged efforts by the international community to establish a new instrument that would supplement the 1925 Geneva Protocol, the Convention on the Prohibition of the Development, Production and Stockpiling of Bacteriological (Biological) and Toxin Weapons and on their Destruction, better known as the Biological Weapons Convention (BWC), opened for signature on 10 April 1972. The BWC was the first multilateral disarmament treaty to ban an entire category of weapons. It entered into force on 26 March 1975. Over the intervening years, increasing numbers of States joined the Convention. There are currently 172 States Parties and 9 Signatory States. The BWC effectively prohibits biological and toxin weapons and is a key element in the international community’s efforts to address the proliferation of weapons of mass destruction. 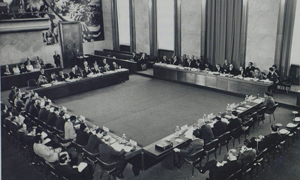 On 5 August 1971, the USA and USSR tabled separate but identical versions of a draft BWC in the CCD. Agreement between the two superpowers marked the final stage of the negotiation of the Convention.

The negotiation of the BWC was concluded by the CCD on 28 September 1971. The Convention was commended by the United Nations General Assembly on 16 December 1971 and was opened for signature at ceremonies in London, Moscow and Washington on 10 April 1972.

Article XIV of the BWC states that the Convention shall enter into force after the deposit of instruments of ratification by twenty-two Governments, including the Governments designated as Depositaries of the Convention (the Governments of the UK, USA and the USSR). By early 1975, well over 22 States had deposited their instruments of ratification, but the three Depositaries had not yet done so. However, starting in late January 1975, the Depositaries also completed their internal processes for ratification, as described briefly below, opening the way for the BWC to enter into force on 26 March 1975.

The Presidium of the Supreme Soviet of the USSR adopted a decree ratifying the BWC making the USSR the second of the three BWC Depository States to finalize its internal processes for ratification. 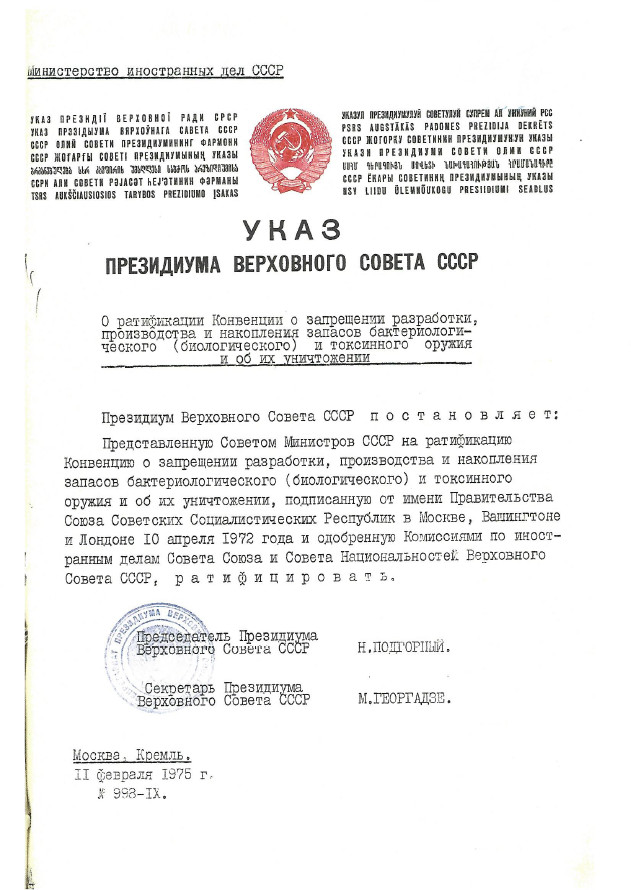 On this day in 1975, the UK completed its internal processes for the ratification of the BWC. The UK was the last of the three BWC Depositary Governments to do so, therefore clearing the way for the treaty to enter into force. With the UK action, the ratification requirements of Article XIV had been met. The Depositaries consulted among themselves and decided that Wednesday 26 March 1975 would be the most convenient date for entry into force ceremonies to take place in London, Moscow and Washington

On the date agreed by the Depositary Governments for the entry into force of the BWC, ceremonies were held in London, Moscow and Washington. At the London ceremony, Minister of State for Foreign and Commonwealth Affairs, David Ennals, said: “The Biological Weapons Convention is significant as the first measure, reached since the Second World War, involving the destruction of existing weapons. Biological warfare was potentially a most frightening method of armed conflict. From today over 40 states are parties to this Convention, and have both renounced this entire class of weapons and undertaken to prevent their future development, by appropriate national measures. All governments for whom this Treaty formally enters into force today should gain satisfaction from having taken a step which will reduce the possibility of biological weapons being used in some future conflict.” 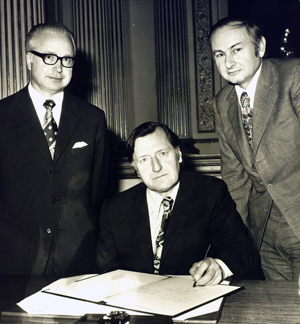